The origin of Canadian butter tarts isn't as straight-forward as you might think; Canada's favourite little pastries have a complicated history, dating as far back as the early eighteenth century.

The purported first recipe belongs to a Mrs. Malcolm MacLeod in Barrie, Ont., who recorded a butter tart recipe in 1900.

The recipe — published in a cookbook by the Women's Auxiliary of Royal Victoria Hospital — calls for sugar, butter, eggs and currants (yup, fruit was involved; sorry, raisin naysayers). 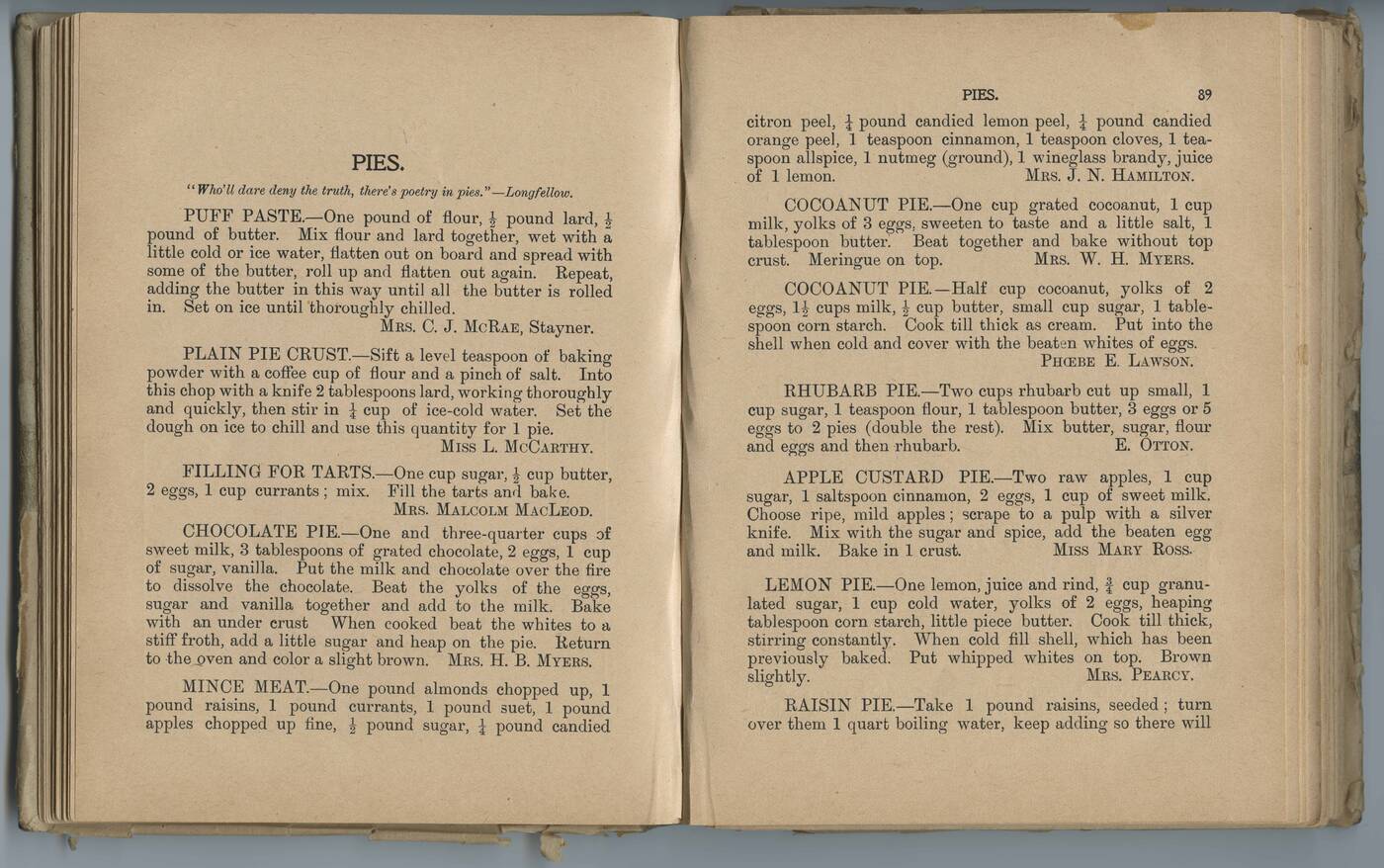 But the story may not be as simple as it seems.

Butter tarts could be an ancestor of the Scottish border tart, the Banbury tart, the Bakewell tart and even several fruit tarts, according to Gary Gillman, a culinary expert that has written extensively on the subject.

"We consider British parentage of Ontario's butter tart as probable to a near certainty," Gillman writes in his groundbreaking article, "Butter Tarts in North America."

He cites an English butter tart recipe from 1709 by Thomas Hall, which has a lot of similarities to the Canadian butter tart (but with a double crust, so that the top of the tart is covered).

Gillman notes that Canadian butter tarts are often more pared-back than the UK version, however, forgoing nuts, mixed fruit, and almonds in the pastry crust.

"The purity and full flavour are best expressed in the simpler way Canadians make it," Gillman writes cheekily. "Anyway, we perfected it."

Whatever the origin of the butter tart, one thing is certain: the gooey, buttery pastries have come a long way.

Today, Canadians can find eggnog-flavoured butter tarts in shops. You can get butter tarts with chopped walnuts, or bits of chocolate, or even a splash of rum or brandy.

So how did the humble tart get embellished?

Well, a lot of it likely has to do with the foodie movement in the 1980s, according to Fiona Lucas, a culinary historian.

"The real fancy [butter tarts] that we think of with the addition of lots of nuts, or chocolate, or vanilla, or brandy totally post-dates the second war," Lucas told Freshdaily.

She credits the saturation of the culinary marketplace, forcing cookbook writers to get creative with their recipes.

"More and more cookbooks were being published and printed," Lucas said. "The authors were looking for ways to find variations on familiar things — not just butter tarts, but all sorts of things."

Customizing butter tarts is one way that Canadian chefs can really set their recipe apart from all the others.

Even centuries after butter tarts originated, there's no question that the tasty little pastries remain one of Canada's most iconic desserts.

In the words of Canadian songwriter Shelley Posen: "But anglophone or Québécois, east to west 'cross Canada, people stick together because of butter tarts."