Prohibition in Canada was a lot like your bedtime curfew as a kid: a contentious topic, enforced by authority, and not that effective when it came down to it.

The Liberal-backed movement began around 1870, when it became clear that simply encouraging Canadians to drink less alcohol wasn't going to work.

That's when political officials and key religious figures banded together to form the ever-so-catchy Dominion Alliance for the Total Suppression of the Liquor Traffic (yes, really).

By the 1920s, prohibition in Canada was well underway in many provinces, resulting in some posters that seem truly outrageous to the modern-day viewer. 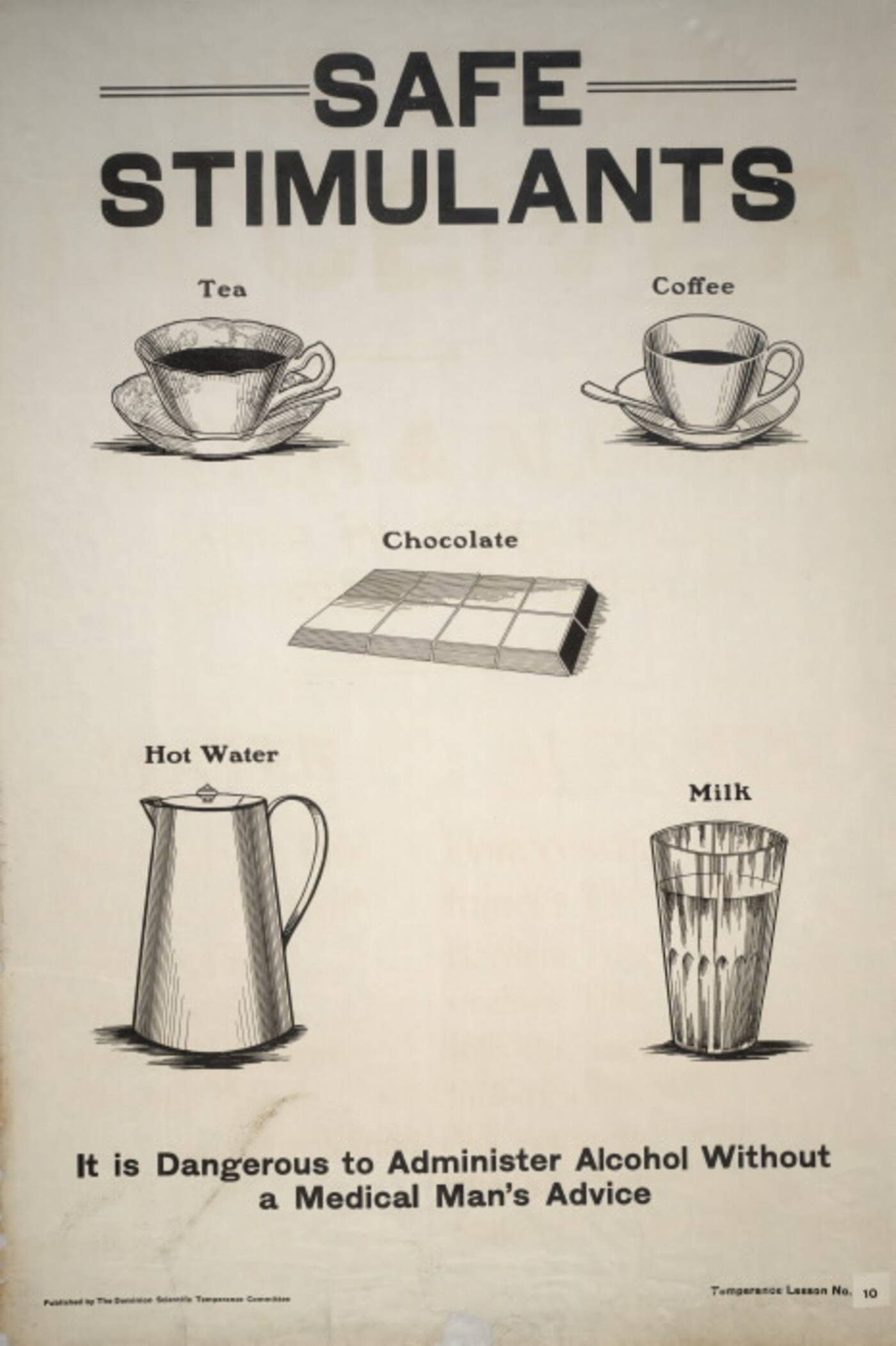 During prohibition doctors in Canada were authorized to prescribe patients up to one litre of hard alcohol each week for stress, nerves, exhaustion or even digestive trouble.

The posters were designed to encourage Canadians to forgo alcohol in favour of healthier alternatives (like, say, water).

Not really, according to Adam Coombs, a PhD student at the University of British Columbia that has written extensively on the subject of prohibition in Canada.

"Prohibition in most of these places... it's kind of a joke," Coombs told Freshdaily. "It's not very good at doing the day-to-day of preventing people from drinking alcohol."

It may have been illegal to purchase alcohol, but Canadians could still get their hands on liquor through underground means — or even a prescription from a doctor.

Coombs noted that doctors in Canada were authorized to prescribe patients up to one litre of hard alcohol each week for stress, nerves, exhaustion or even digestive trouble.

"Pretty much, you could find a doctor that would write you a prescription for whatever," he said. 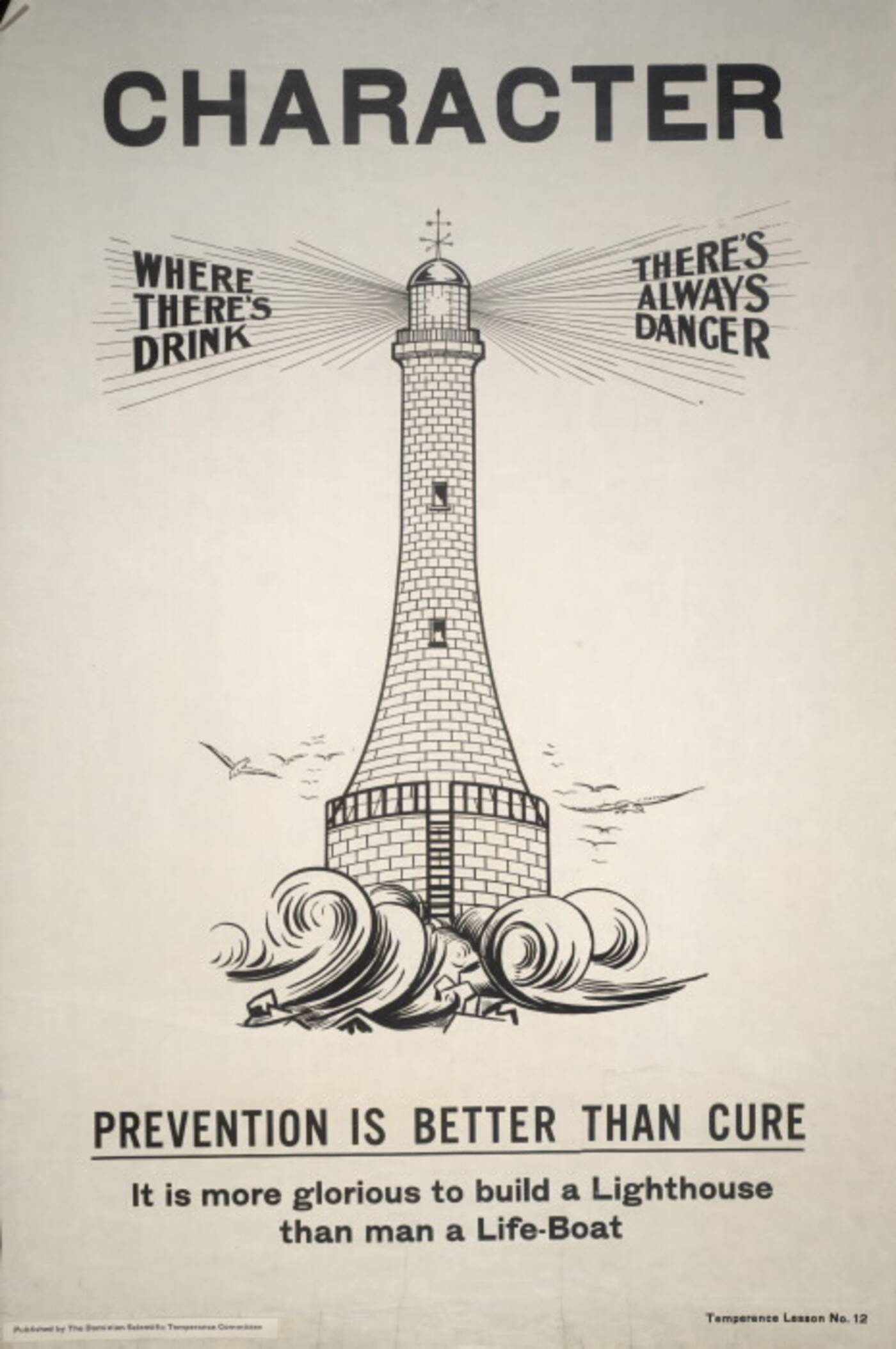 Political officials and key religious figures banded together to fight for prohibition.

Posters condemning alcohol were distributed across Canada, although these particular ones come from Ontario — the real heart of the movement.

He added that most Canadian prohibition posters weren't unique to Canada, however; a prominent American organization called the Woman's Christian Temperance Union circulated posters in multiple countries, for example.

"Groups were happy to have their material copied," he said. "You'll see a lot of times Canadian groups would copy material from the States and Britain."

Coombs couldn't find any evidence that these particular posters were copied, but he added that he "wouldn't be surprised" if they originated elsewhere. 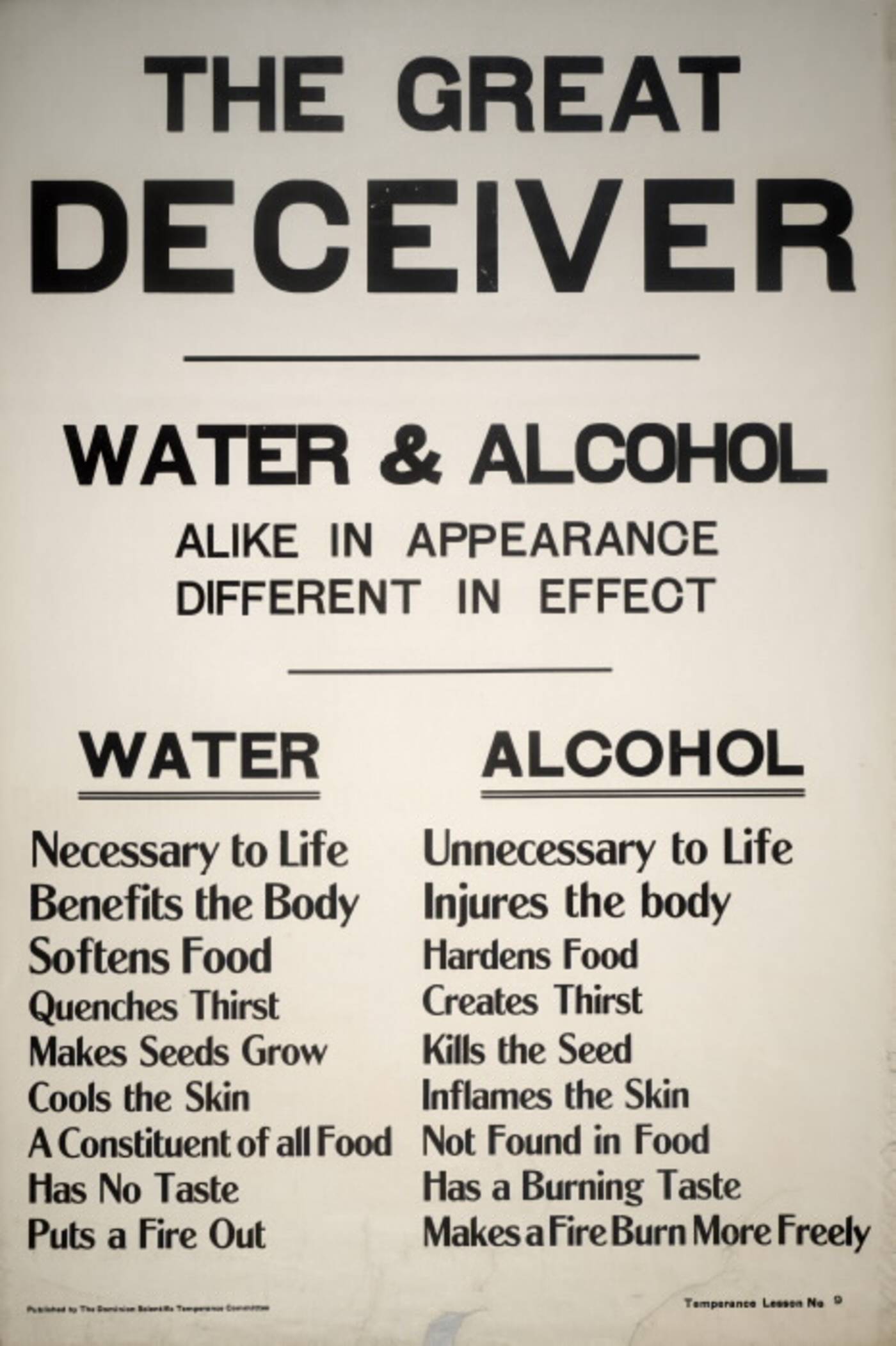 Prohibition posters compared the benefits of water or milk over alcohol.

Prohibition posters of the 1920s primarily relied on raising concerns about child welfare and lauding the scientific health benefits of water or milk over alcohol.

The posters also carried on the militarized language of the prohibition posters during World War I.

"They use the language of sacrifice for the nation," Coombs explained. "You know, the soldiers are sacrificing so much — how hard is it for you to give up your beer or whisky?"

And while the 1920s posters might seem shocking, Coombs says that they're actually "tame" compared to some of the ideas circulated by evangelical preachers circa 1880 (think: weeping tears of blood). 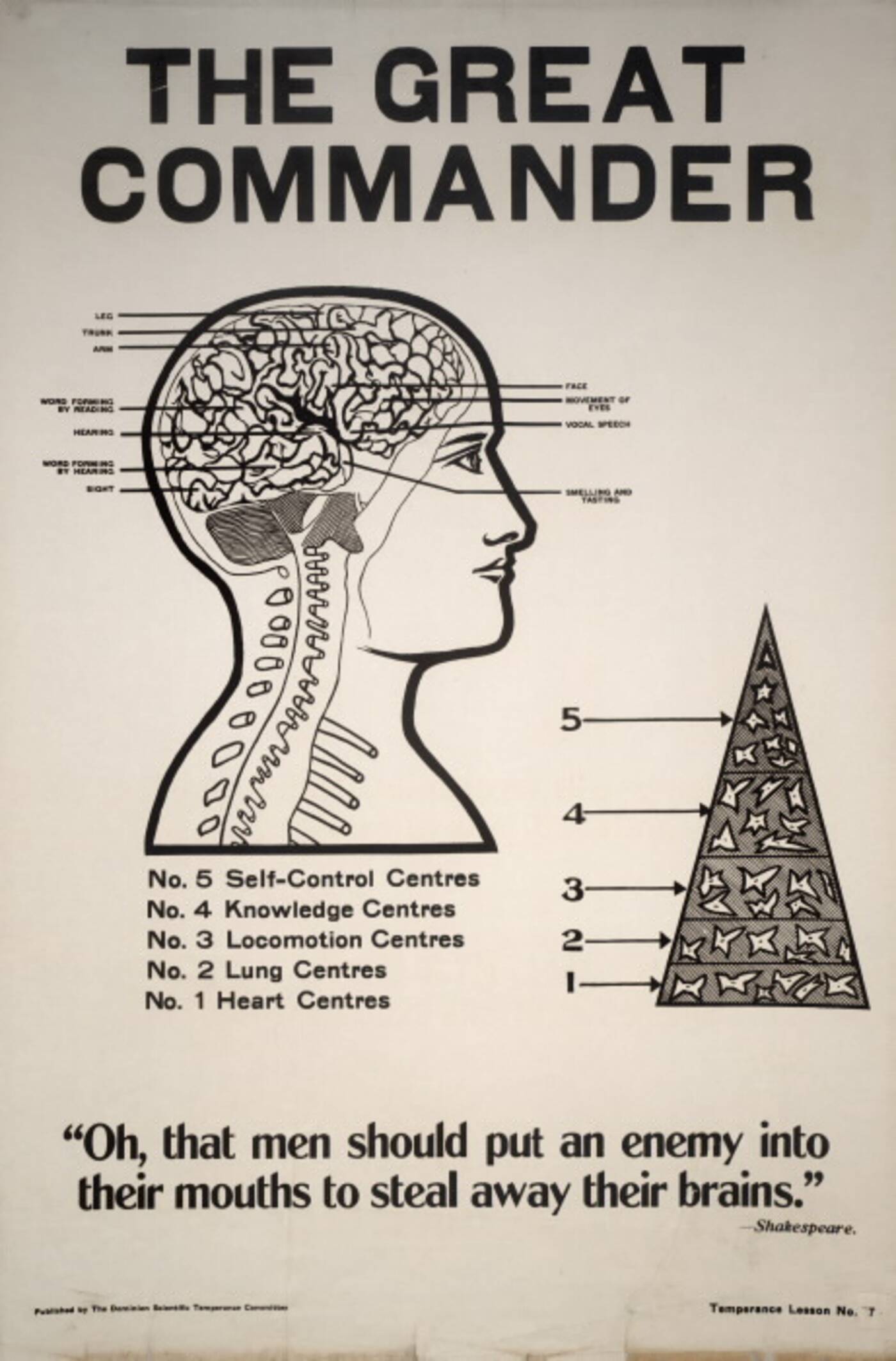 While they may seem strange today, the posters were supporting a mainstream idea of the day.

Of course, there are things in modern-day society that may seem strange to future generations. Tanning beds, for example. Or plastic straws. Or denim knee-high boots.

And prohibition is no different.

"Prohibition was central to political activity in the late 1800s," Coombs said. "Now we sort of think of them as political whackos, but this was a really centralized movement."

Case in point: that group with the crazy long name? At one point in the 1890s, it was the third-largest political organization after the Conservatives and Liberals.

"This was not a weird fringe cause," Coombs said. "This was a mainstream thing that people supported."

The Canadian prohibition posters might not be so wild, after all.

One of Canada's most famous hotels is apparently haunted