Canada ranked most accepting country in the world for migrants

Canada just ranked the most-accepting country in the world for migrants, beating out the U.S., Iceland, Australia and about 140 other countries by a healthy margin.

Canada was awarded an impressive score of 8.46 out of 9 on Gallup's Migrant Acceptance Index.

Iceland, which came in second, finished with 8.41. 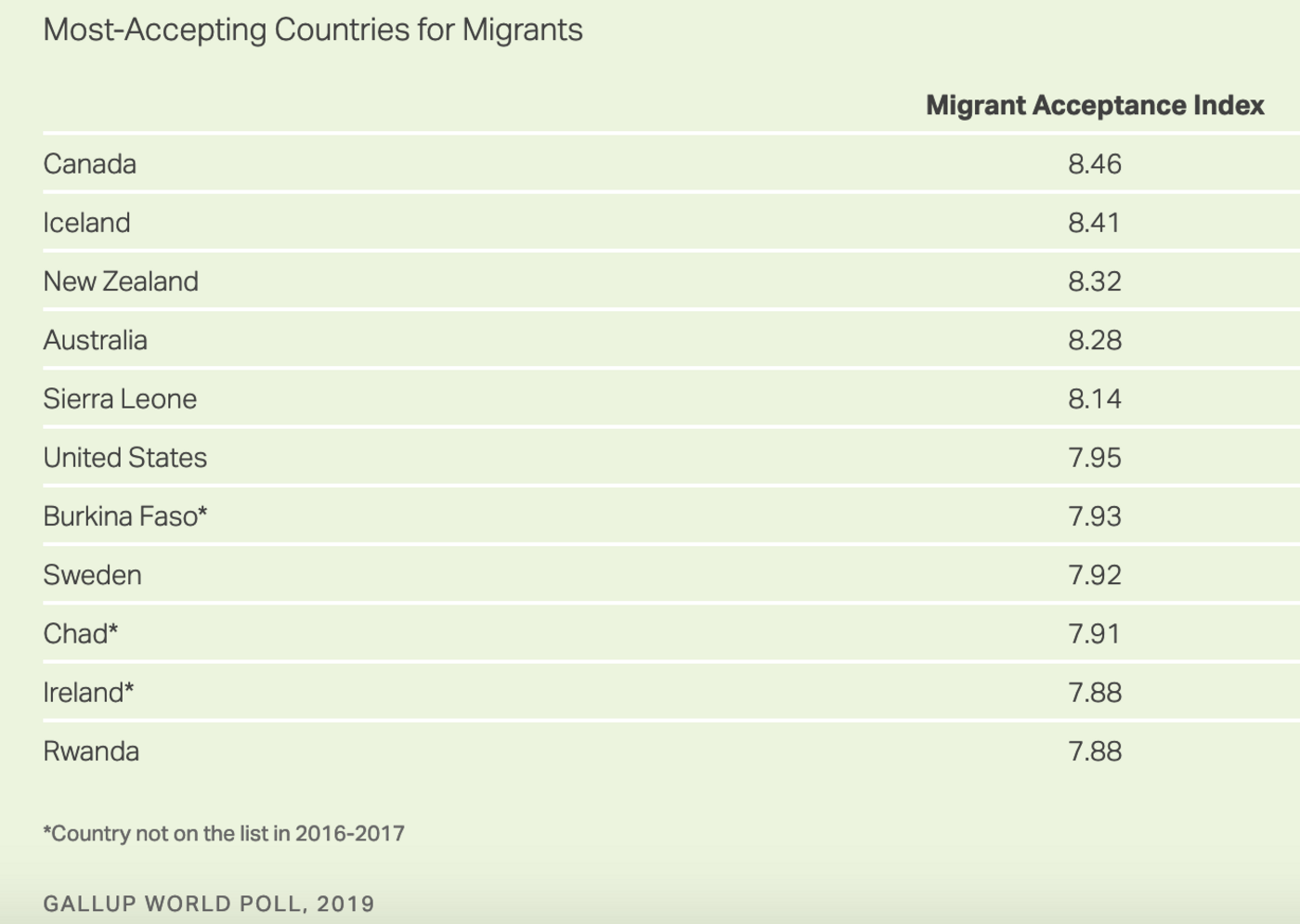 Canada finishes first for the most-accepting countries for migrants.  Chart via Gallup

But the scores are more than just a reflection of how many migrants each country welcomes on a yearly basis.

The index is based on three questions addressing whether people think migrants living in their country, becoming their neighbours and marrying into their families are good things or bad things.

Fortunately, Canadians generally said that all three are good things.

In fact, 95 per cent of Canadians agreed that welcoming migrants into their neighbourhoods was a good thing.

Notably, U.S. acceptance of migrants declined with age; in Canada, there were no real statistical differences between age groups. 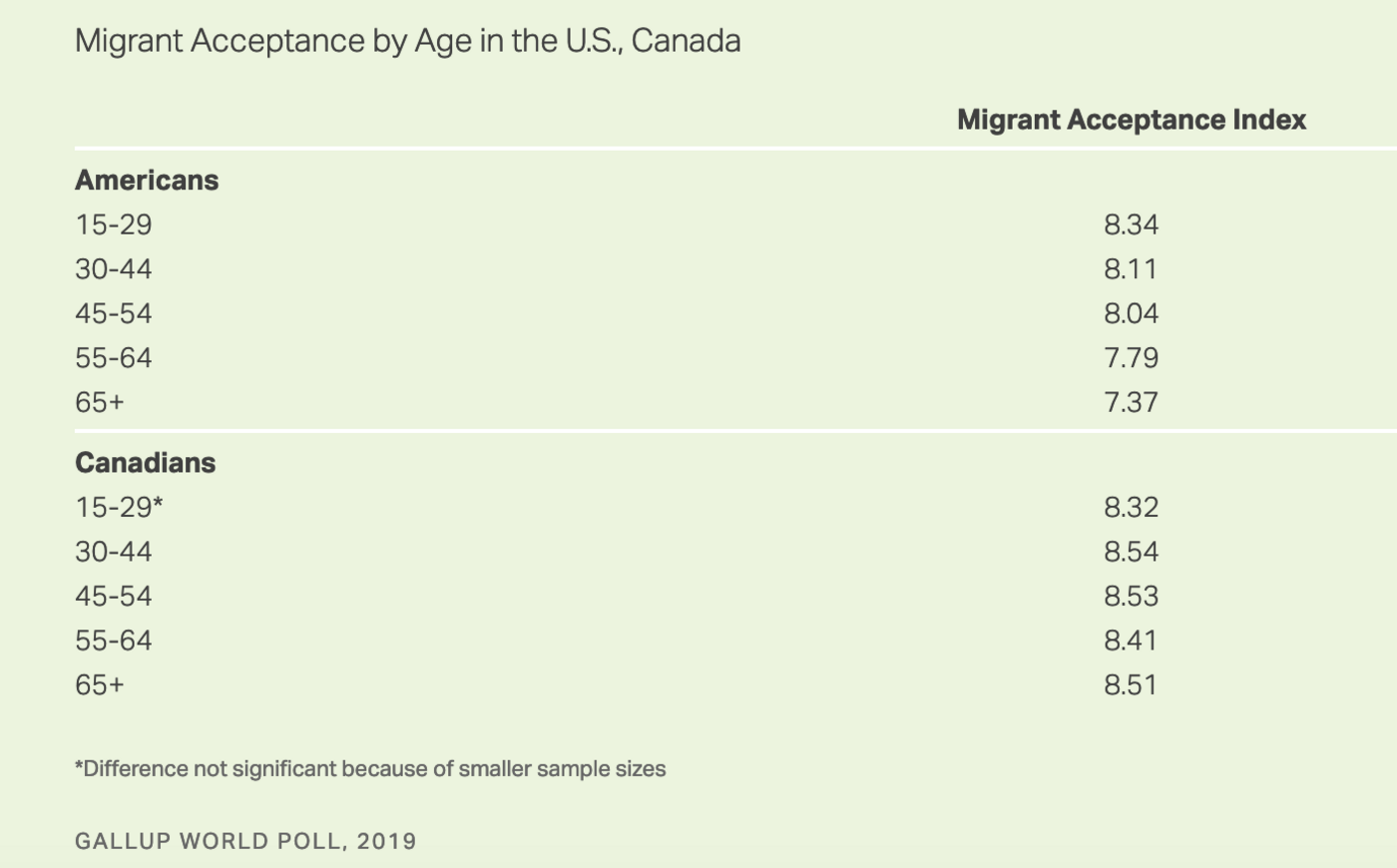 Younger Americans tend to be more accepting of migrants than older Americans; in Canada, there is less of a generational divide.     Chart via Gallup

Canada has built a strong reputation of welcoming foreign nationals into the country over the last few years, accepting about 1,000 refugees during the pandemic alone.

In 2019, Canada welcomed more than 341,000 immigrants, embracing newcomers from India, China, the Philippines, Nigeria, the U.S. and beyond.