The pumpkin fell just short of the 2,000 pound mark, but it's still the heaviest pumpkin in the competition's history.

The massive vegetable is also just 356 pounds short of being the heaviest pumpkin ever to exist. 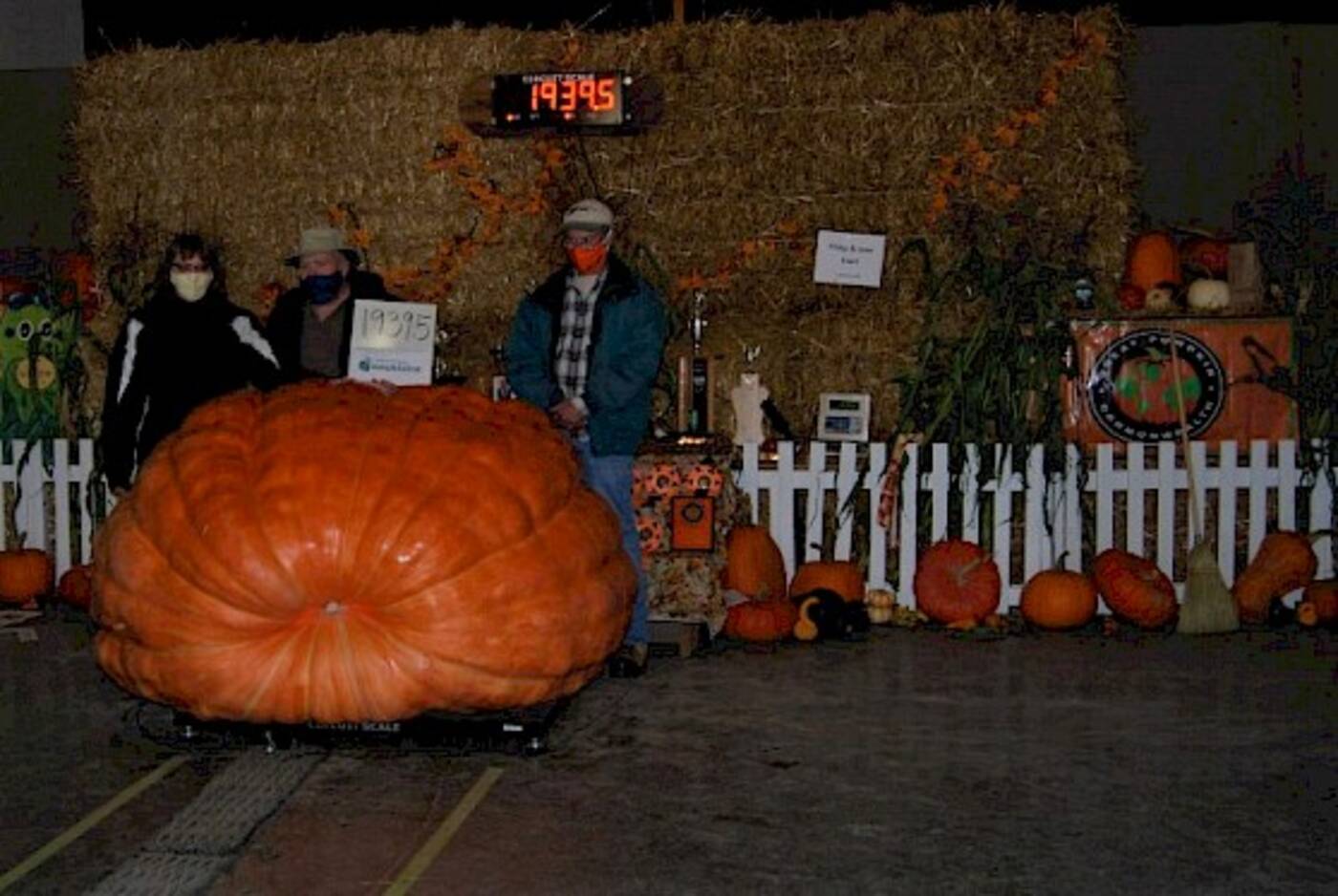 Canadians certainly do love some large produce (hi, Big Apple in Colborne), but this huge orange fella would bowl over even James and his Giant Peach.

And the pumpkin is certainly a labour of love; Phil Hunt says that they started growing the vegetable all the way back in April.

The Hunts are no stranger to winning, either; this is their third year being crowned champions.

Their 1,959-pound pumpkin in 2018 was even transformed into a bona fide jack-o-lantern by carving chef Andrew Munro, who added a detailed face.

Growers Phil and Jane Hunt and Chris Lyons acknowledged that it was "an unusual year" but expressed their gratitude that the annual Port Elgin competition went ahead — albeit remotely.

"We watched the entire show on our iPad and were impressed by the whole thing," said Jane and Phil Hunt in the release. "A huge thanks to Pumpkinfest from all of us growers."

No word yet on what the Hunts plan to do with the giant pumpkin once October ends, but if you're dressing up as Cinderella for Halloween, you know who to call for a carriage.