When it comes to the most affordable cities in Canada to buy a house, you can't go wrong with the Prairie provinces.

Alberta, Saskatchewan, and Manitoba offer some of the cheapest housing in Canada compared to five years ago, according to a recent study from Zoocasa.

When it comes to single-family housing, Calgary is the cheapest place to purchase a home compared to five years ago; residents will pay about $466,000 in August 2020, with prices declining by six per cent since 2015.

St John's comes in second (decline of six per cent) and Edmonton takes third place (decline of five per cent). 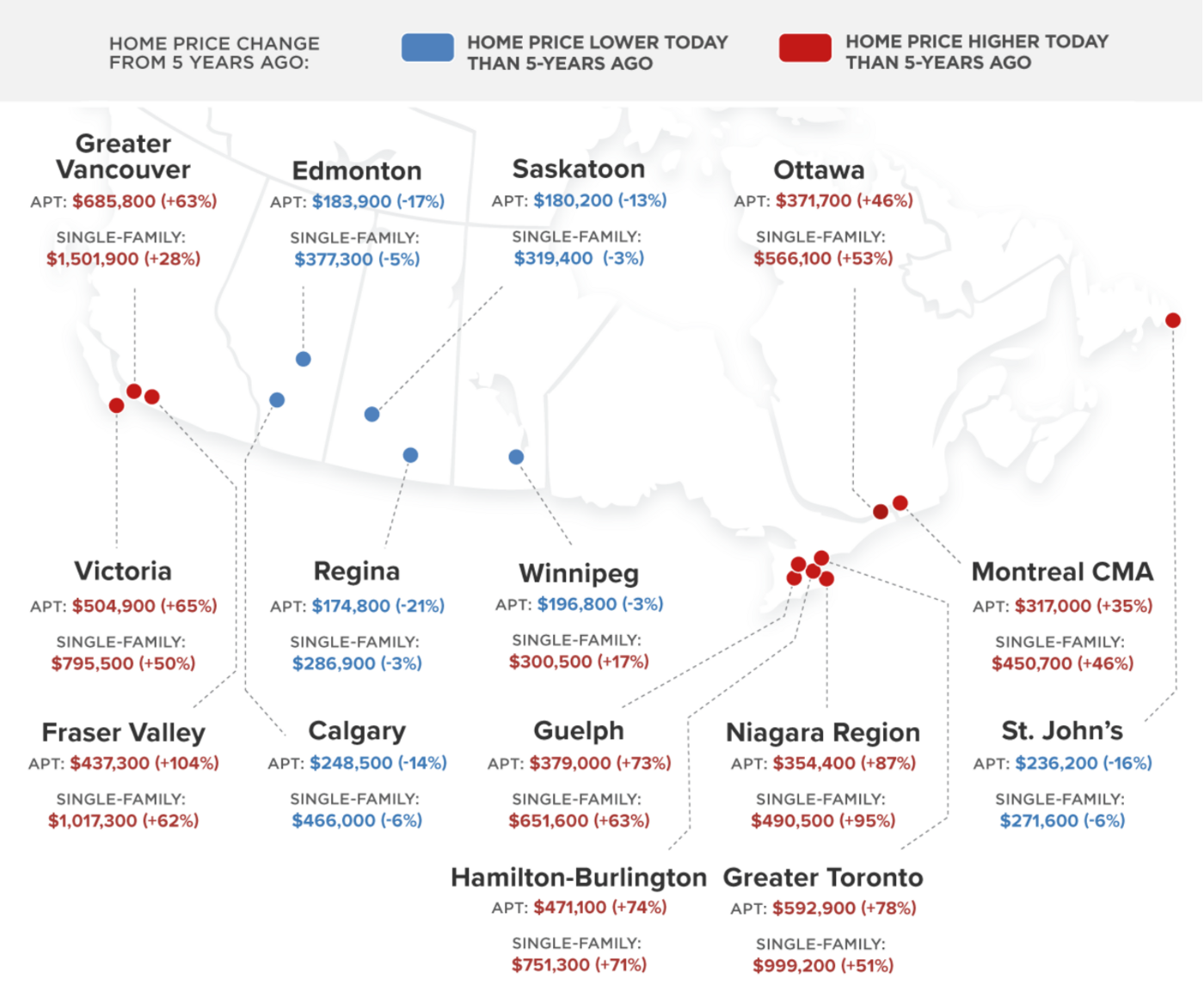 Unsurprisingly, house prices have risen most in Ontario and B.C.; in Fraser Valley, the cost of an apartment more than doubled in the last five years, growing by 104 per cent.

In fact, Toronto residents will have to shell out almost double the money for an apartment or single-family house compared to Calgary residents.

Despite the surge in demand, experts forecast that home prices in Canada are likely to dip in the coming months due to high unemployment rates and slower in-bound migration.

If you're a "buy-in-a-bust" kind of shopper, now's the time to have your real estate agent on speed dial.