Rent prices are continuing to decrease in Canada as a result of the COVID-19 pandemic and a new report has found that the average rent for all properties dropped nearly 10 per cent since last year.

The latest rent report from Rentals.ca showed that the average rent for all Canadian properties listed on their site in September was down 9.5 per cent from the same time last year, sitting at $1,769. 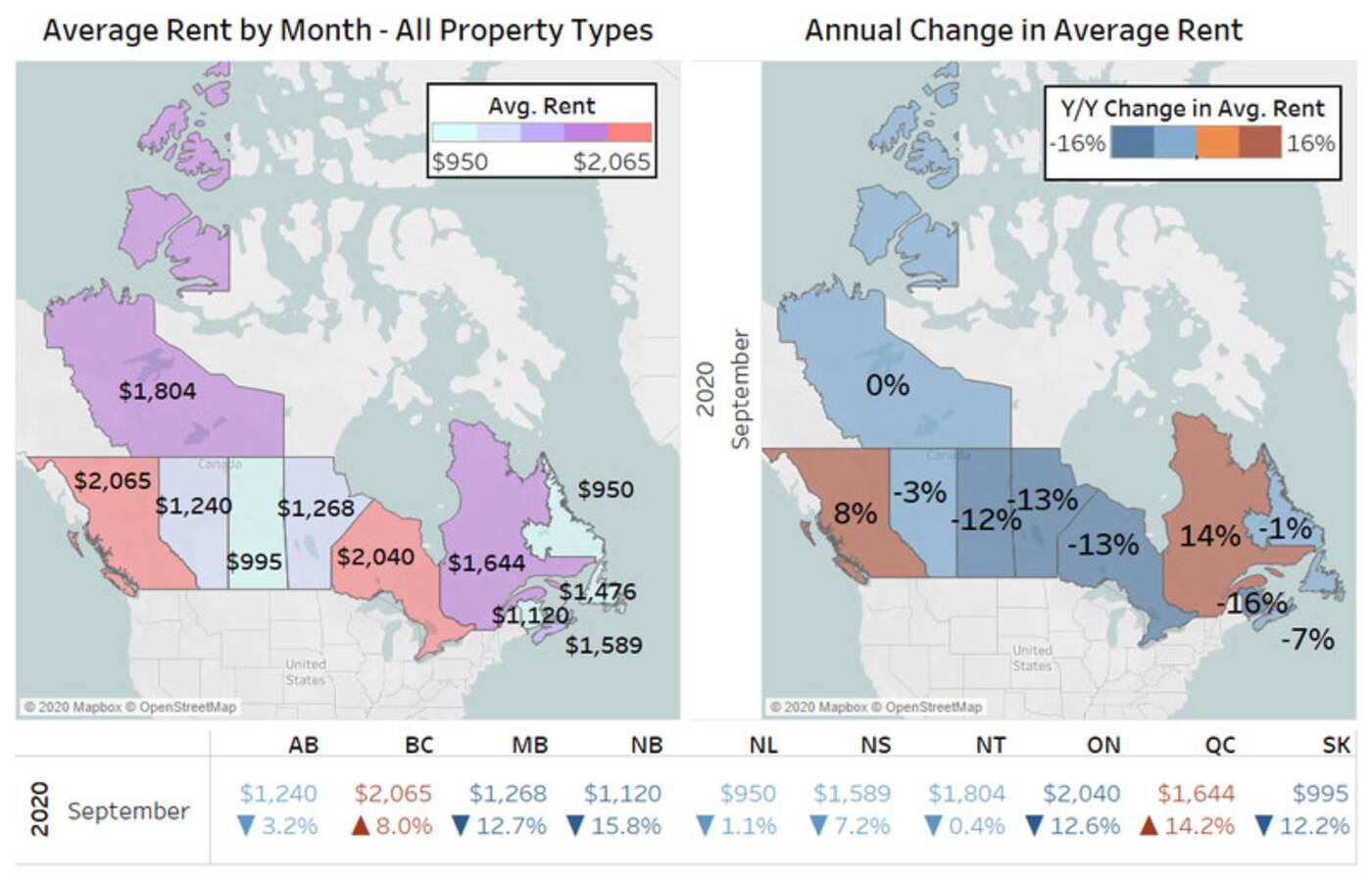 The average rent and average annual change in rent by province, all property types in Canada, September 2020.

They also reported that the average rent has been nearly identical in the last four months, staying between $1,769 and $1,771.

The latest National Rent Report is out. Rents are flat monthly, but down 9.5% annually. Price decline for condos & PBR in Toronto now the largest in Canada for major municipalities at -14%. Read more by @Rentalsdotca & @BullpenConsult here: https://t.co/l480SXEXre #ToRE #VanRe 🇨🇦 pic.twitter.com/9PABzlwea6

The smallest drop, however, was in four-bedroom units with an average monthly rent of $2,725, down 3.6 per cent, "as many tenants working from home seek out larger units to accommodate one, two or even more people working from home."

"Many prospective tenants desire more space as they work from home," Matt Danison, CEO of Rentals.ca, said in a news release.

Unsurprisingly, British Columbia had the highest average monthly rent at $2,065 while Ontario came in second at $2,040.

The province with the lowest average monthly rent was Newfoundland at $950.

Average rent in cities across Canada.

Looking at municipalities, Montreal and Kitchener saw some of the highest rent appreciation, the former at 17.2 per cent and the latter at 11.5 per cent.

Toronto, North York, and Winnipeg, on the other hand, saw drops in rental rates of about 14 per cent.

Vancouver recorded the highest average annual rent at $2,249 followed by Toronto at $2,158.