10 of the most enchanting ice skating experiences in Canada

Ice skating rinks and experiences in Canada go way beyond what's available at your local park. From trails that take hours to ones carved inside world heritage sites there's no shortage of memorable skates to be had.

Here are some of the most enchanting ice skating experiences you can have in Canada.

This 15-kilometre frozen trail is located deep in the heart of Quebec woods and surrounded by towering pine trees. It feels just like an enchanted forest, especially after a fresh snowfall.

UNESCO World Heritage Site, Rideau Canal, freezes over every winter and becomes the largest naturally frozen skating rink in the world. Prepare for a truly spectacular urban experience. The scenic nearly eight-kilometre skate passes by downtown Ottawa, as well as its vibrant neighbourhoods.

You may know Muskoka Lakes Farm and Winery for its cranberry marshes and the Cranberry Plunge in the warmer seasons. But did you know that the grounds transform into a magical skating trail in the winter?

Skate through acres of frozen cranberries and snow-covered forest. Afterwards, cozy up by the fire and indulge in hot mulled wine or cran-apple cider.

This one-of-a-kind skating experience will make you feel as if you've entered into a fairytale. Glide through the colourful lights, which are reminiscent of a rainbow and illuminate the trail all winter long between 5 p.m. and 10 p.m.

This world-famous winding trail takes you through the breathtaking Muskoka forest. On select weekend nights, the experience becomes even more magical as the entire path is lit up with hundreds of tiki torches.

This renowned skating trail runs along the Assiniboine River and the Red River. You'll find multiple warming huts along the three-kilometre skate, which are each uniquely-designed and perfect for de-frosting.

Glide over the frozen crystal clear water, while admiring the views of snow-covered mountain peaks and pine forest. The incredible landscape at Banff National Park is impossible to beat. There's also an ice castle and fire pits to make your experience extra memorable.

This massive skating rink equals the size of three NHL rinks. It has been a significant part of Halifax since the 2011 Canada Games. The rink was constructed as a track for speed skating races and was never taken down due to overwhelming support from the city.

Once winter hits, Lake Windermere turns into a glistening skating trail with breathtaking views of the Rockies. Nearly 30 kilometres long, the groomed track runs around the entire lake and even connects the towns of Invermere and Windermere. 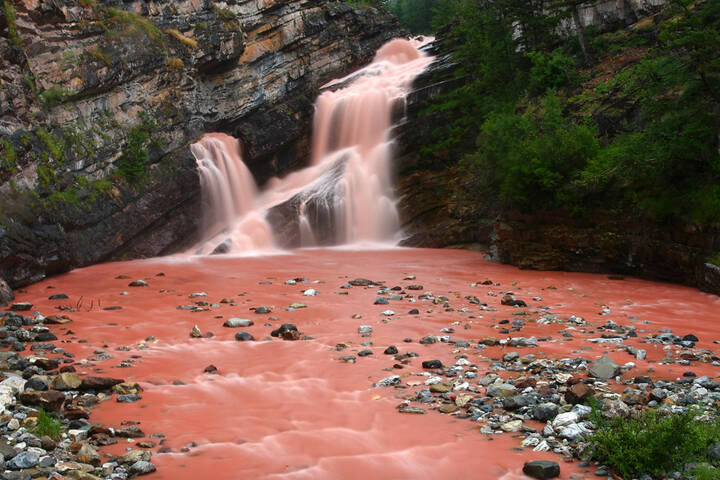 This waterfall in Canada turns bubblegum pink after lots of rain

10 places in Canada with the most breathtaking fall colours

This massive corn maze might be the largest in Canada

Barbados wants Canadians to work there for a year

These are the interprovincial travel restrictions in Canada this summer