The population of Canada just officially passed 38 million people for the first time in history, likely reaching the mark sometime between April 1 and July 1 2020.

The country added an additional 411,854 people in the last year, according to Statistics Canada.

And while that might seem like a lot of new people, population growth actually hit a record low in Canada between March and June. 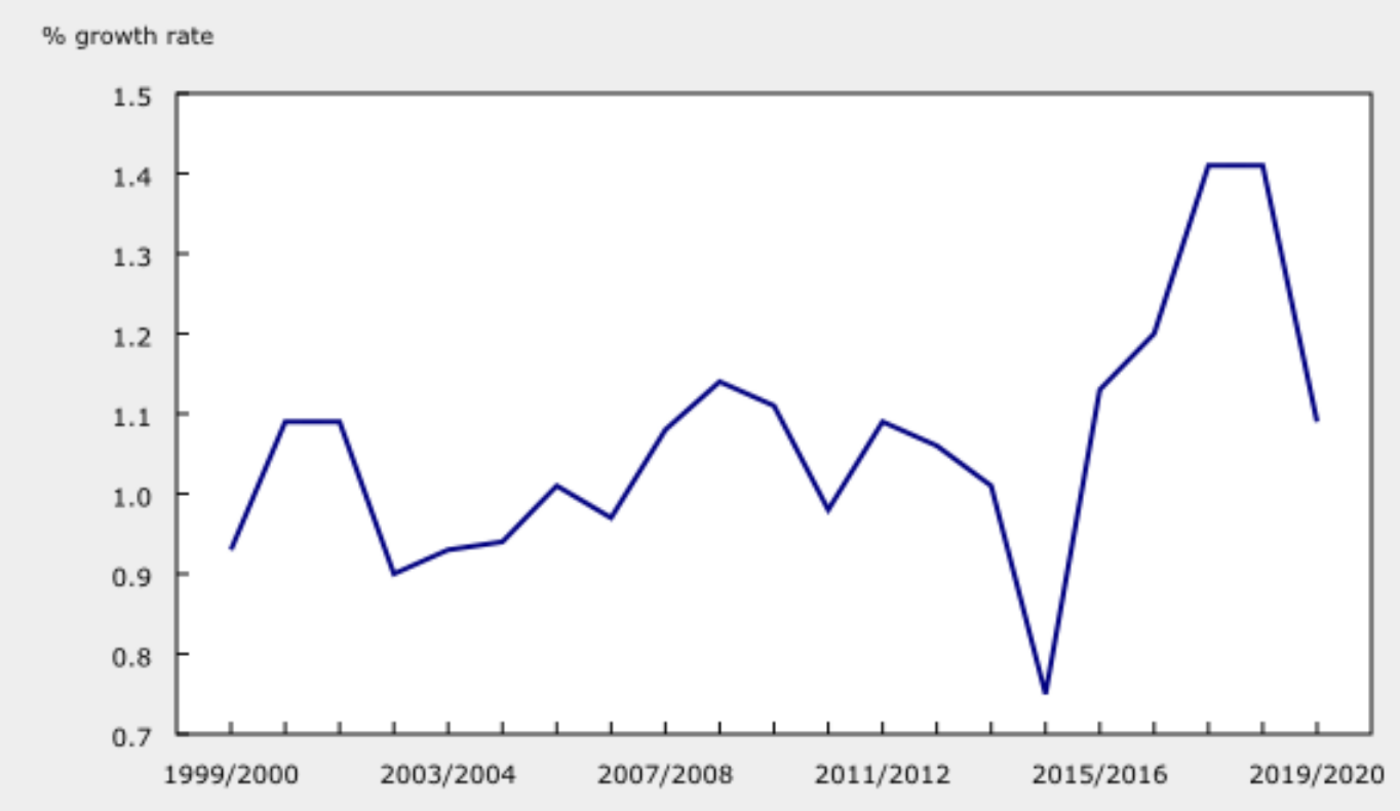 The culprit behind the slow growth? Well, the ongoing pandemic, of course. Between the border restrictions, fewer immigrants entering Canada, and (to a lesser extent) more deaths related to COVID-19, the population isn't growing nearly as fast.

And it's happening across Canada; population growth was lower in 2019/2020 than a year earlier in almost every province.

Growth in Ontario, for example, slowed from 1.6 per cent to 1.3 per cent; that may not seem like a lot, but it's actually 46,725 fewer people — enough to fill Toronto's Scotiabank Arena more than twice.

Newfoundland and Labrador was the only province or territory to actually have a negative growth rate, with the overall population declining for the fourth year in a row.

Statistics Canada shows the population growth rate for individual Canadian provinces and territories for 2018/2019 and 2019/2020.

Nunavut continued to have the highest population growth rate in the country, experiencing a rate of 1.9 per cent this year.