Someone is being investigated for feeding Timbits to bears in Canada

Lions and bears and Timbits? Oh, my! The BC Conservation Officer Service has confirmed that it's investigating a Victoria man for unlawfully feeding the tasty little doughnuts to bears.

The catch? The man has actually been charged for feeding Timbits to bears once before.

In 2017, Randy Scott and a co-accused were slapped with a $2,000 fine for feeding or attempting to feed dangerous wildlife after pictures circulated widely on social media.

The story made headlines across the country, with Canadians talking about the event for years to come.

The first photo posted on Sept. 12 shows a curious bear checking out the Timbit through a car window.

Another photo, posted on Wednesday, shows two boxes of Timbits resting on a car dashboard in front of a Tim Hortons location. Scott captioned the photo, "Time to find some grizzlies! (Sponsored by tim hortons)." 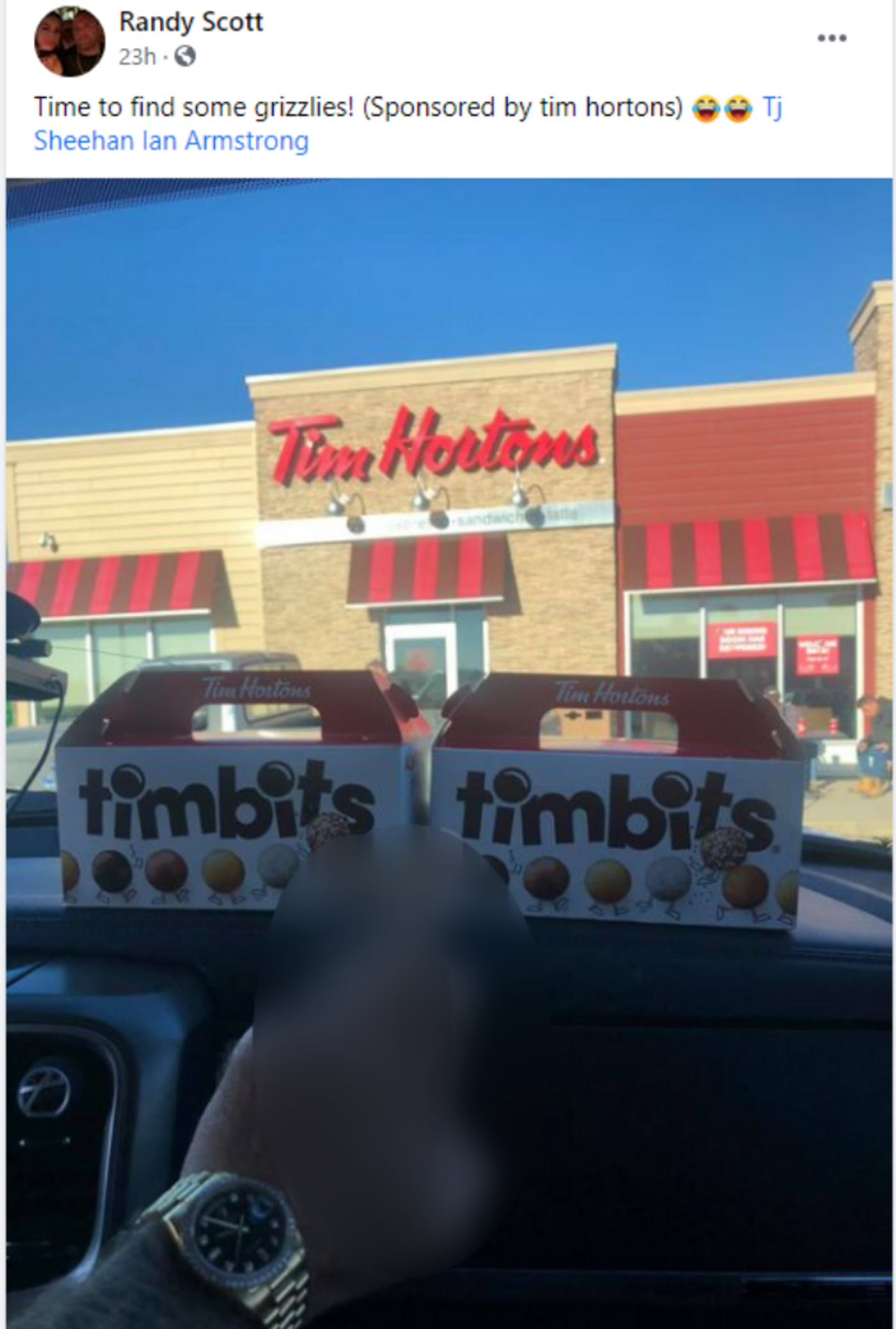 Timbits waiting on the man's dashboard. Photo via Facebook.

The BC Conservation Officer Service has yet to publicly comment on the investigation, but their website very clearly states that it's against the law to feed dangerous wildlife.