Filming in Canada is so different now according to Riverdale stars

The Riverdale gang is back! The cast is currently filming season 5 in Canada, but judging by some behind-the-scenes footage, things are definitely not the same on set.

KJ Apa, who plays Archie Andrews, took to Instagram on Wednesday to share a hilarious clip of him and scene partner Camila Mendes (Veronica Lodge) gargling some mouthwash before their big moment.

"Our new normal is washing our mouths before every take of a make-out scene," the actor wrote.

But it's not just kissing scenes that have changed — the Riverdale cast's morning routines have altered, too.

Now, the actors start their days with a hearty breakfast, some strong coffee, and a nasal swab jammed up their nose.

Yup, that's right: COVID testing is mandatory, with actors getting swabbed about three times a week, according to an Instagram story from Vanessa Morgan (Toni Topaz).

Madelaine Petsch, who plays Cheryl Blossom, even shared a behind-the-scenes video of the process, and as any person that's had a COVID test knows, it isn't comfy.

"This is the new norm on set," Petsch says in the video. "This is so crazy! We've got plexiglass around us... I feel very protected." 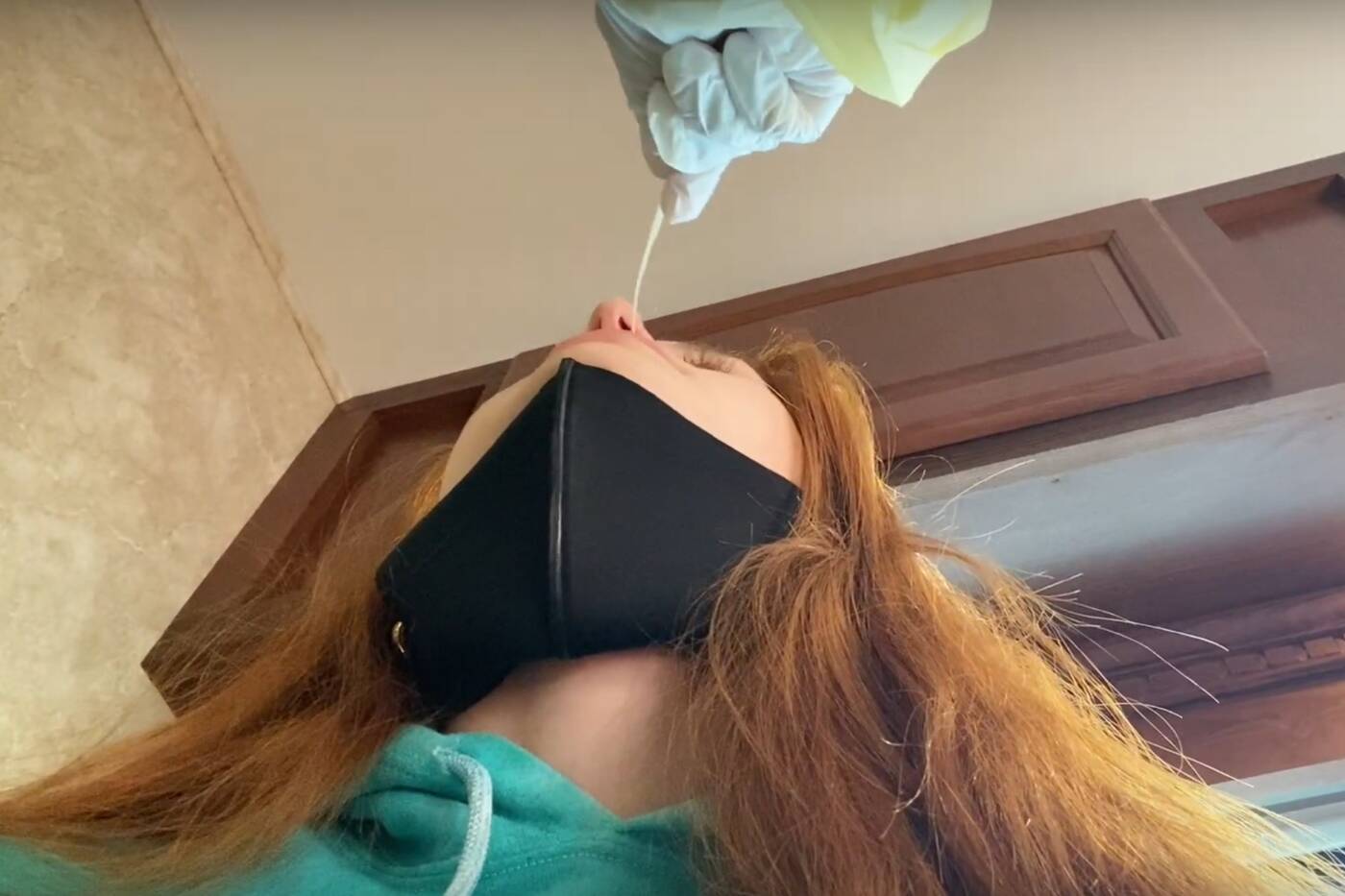 When they're not filming scenes, the Riverdale cast don face masks on set, as recommended by WorkSafe BC.

It looks like quite a few cast members also wear masks while they're walking around Vancouver, too.

Not every Riverdale cast member is already back on set, however.

"Happy 1st day of Fall!" she wrote on Instagram. "I'm still quarantining in Canada, enjoy the outdoors for me."

Riverdale might need to come up with some new filming techniques this season, but hey — at least we still get Varchie kissing scenes, even if they do involve mouthwash.