Jim Adam, Air Canada captain, retired after 40 years in the air. Without knowing it, his last flight was when he flew from Honolulu to Toronto on March 22.

Adam, who was previously set to retire in August, took an early retirement the following day from Air Canada and the Pilots association ACPA, who offered early retirement to many to help mitigate the number of pilot layoffs due to the COVID-19 crisis.

Since he had no way of knowing that his last flight from Honolulu would in fact be the last leg of his lengthy and memorable career, Adam missed his final goodbye over the loudspeaker – a tremendous milestone in every pilot’s life.

“I would have enjoyed making a PA announcement acknowledging and thanking all of my fellow employees and a very big thanks to our customers without whom we wouldn't be the successful airline that we are,” Adam said.

He says what he'll miss most about flying is the camaraderie of his fellow crew members, both pilots and flight attendants.

"As international flight crew, we lead a very different lifestyle – exploring different cities all over the world while dealing with chronic jet lag and very occasionally issues like 9/11. We develop a special bond and a sense of humour to help cope." 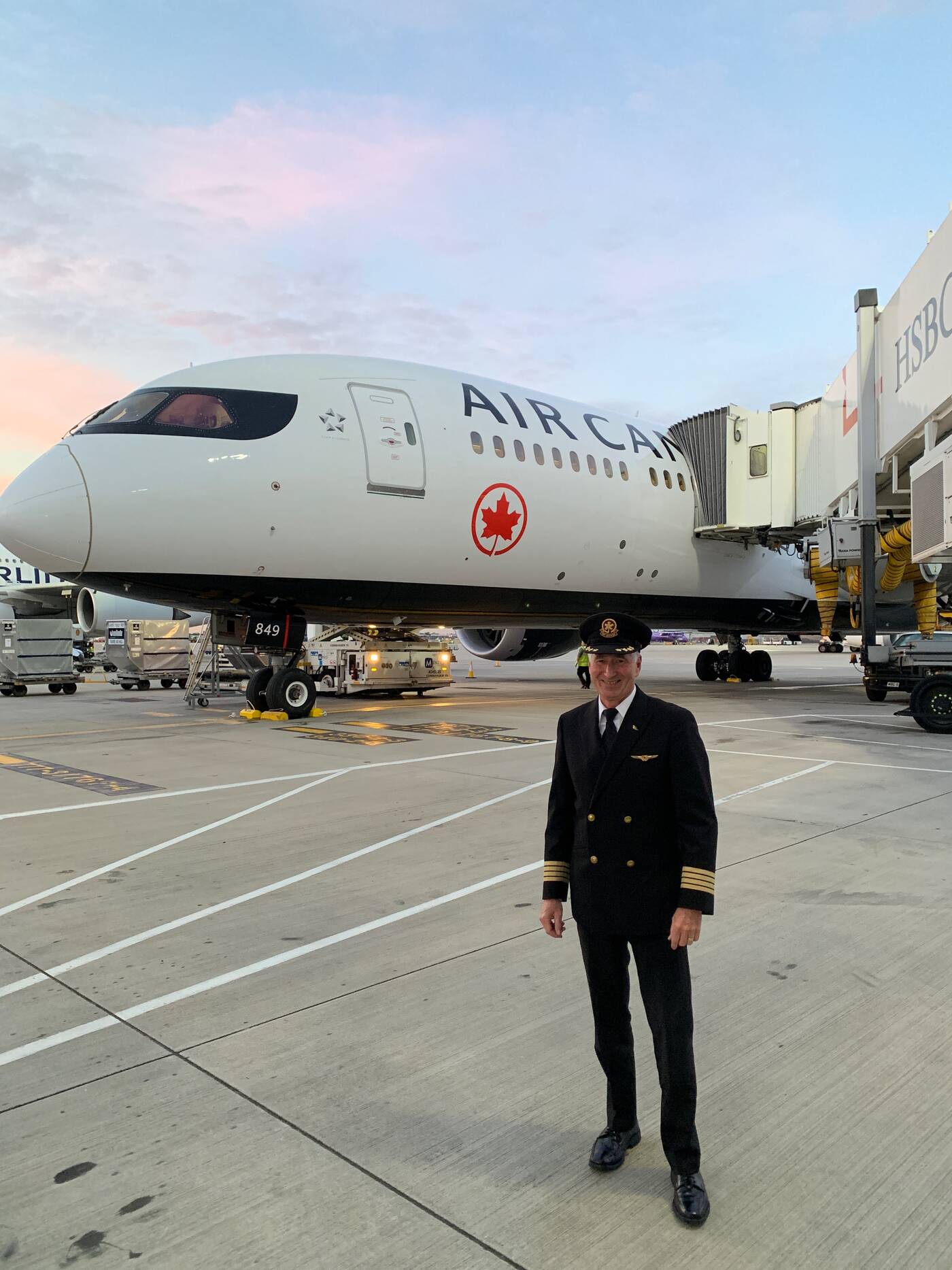 Having started with Air Canada in 1979, Adam can easily recall a number of highlights from his career when reflecting on the past four decades.

He flew numerous flights moving firefighters from Ontario to the Okanagan Valley in 2003 during one of the most severe fire seasons on record in British Columbia.

He says his latest, and probably greatest highlight was being one of the first Air Canada pilots to fly the new B787 Dreamliner.

“I was privileged to have had a career working with an amazing group of professionals,” said Adam. “My fellow pilots, our outstanding flight attendants, aircraft maintenance engineers, ramp personnel and the rest of the Air Canada team that made my career a safe and truly awesome experience.”